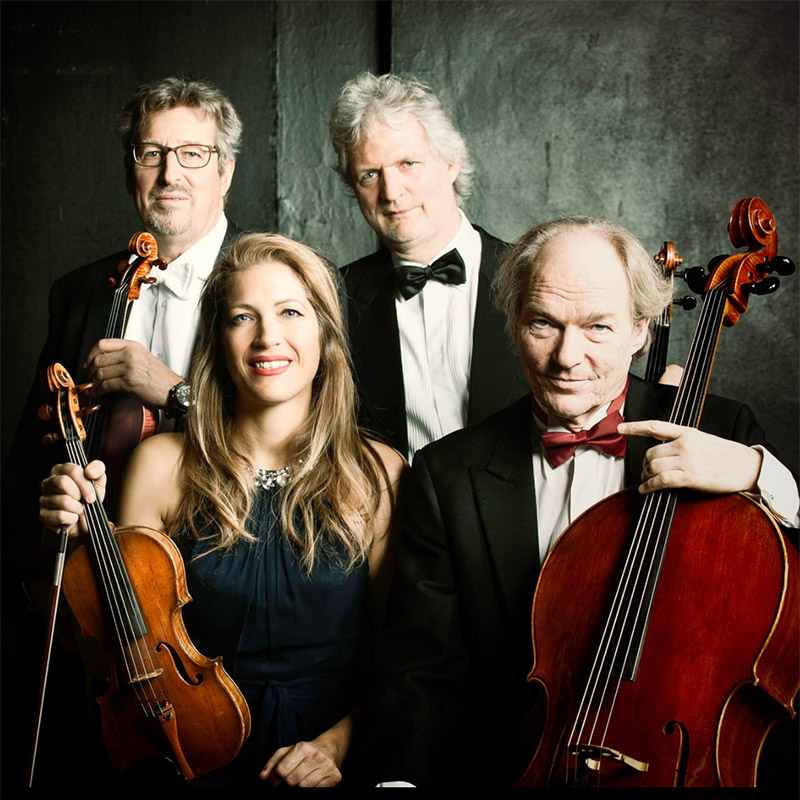 Just in time for the cold season, the four musicians of the Voyager Quartet committed themselves to the Winterreise. The innovative ensemble presents Franz Schubert’s moving song cycle in a completely new guise: in a specially arranged instrumental version with connecting intermezzi, all created by Andreas Höricht, the violist of the ensemble:

“I selected twelve of the songs and rewrote them for quartet. The music is so expressive and develops such an associative power that it can do without the text. It resonates unspoken. This creates freedom for one’s own spaces and paths. In order to give the work a compactness, I wrote modern intermezzi between the songs, which interrupt the flow the flow and prepare the mind for a new journey in the next song.”

Franz Schubert finished his musical setting of the Winterreise to texts by the Dessau-born poet Wilhelm Müller in 1828, when he found himself, too, in the winter of his life. The groundbreaking “cycle of frightful songs” is regarded as the epitome of romantic song art. As an instrumental version, the listener is given a completely new approach to Schubert’s ‘journey’, which does not lose its expressive power even without singing, but instead grants other glances through the modern insertions. The Voyager Quartet has already conceived several successful programmes that create a close connection between the music played and the term ‘journey’, including the journey into space inspired by the golden records with masterpieces of European music that NASA sent out with the Voyager probes on their mission in 1977, or the journey into the inner universe of human beings and their sheer endless emotional world as expressed in Schönberg’s Verklärte Nacht (Transfigured Night) and Schubert’s last string quartet. Now, with the Winterreise, the listener can accompany Schubert’s protagonists, disappointed by love, on his passion-like wandering that drives him aimlessly through the barren landscape. Wavering between exuberance and despair, the collection is an expression of longing and existential human pain. Höricht’s quartet arrangement proves most emphatically that this substance can also be revealed instrumentally. The Voyager Quartet was founded in 2014. Its members can all look back on successful careers in famous string quartets such as the Cherubini Quartet and Modern String Quartet, and in world-class orchestras such as the Bavarian Radio Symphony Orchestra. The members of the Voyager Quartet thus combine a wealth of experience in numerous concerts worldwide – at renowned music festivals including the Rheingau Musikfestival, the Schleswig-Holstein Musik Festival, the Berliner Festwochen, Bregenz Festival and in famous concert venues such as the Gewandhaus Leipzig, the Wiener Musikverein or the Lincoln Center New York –, which they have successfully fed into all manner of high-quality concert programmes over recent years.