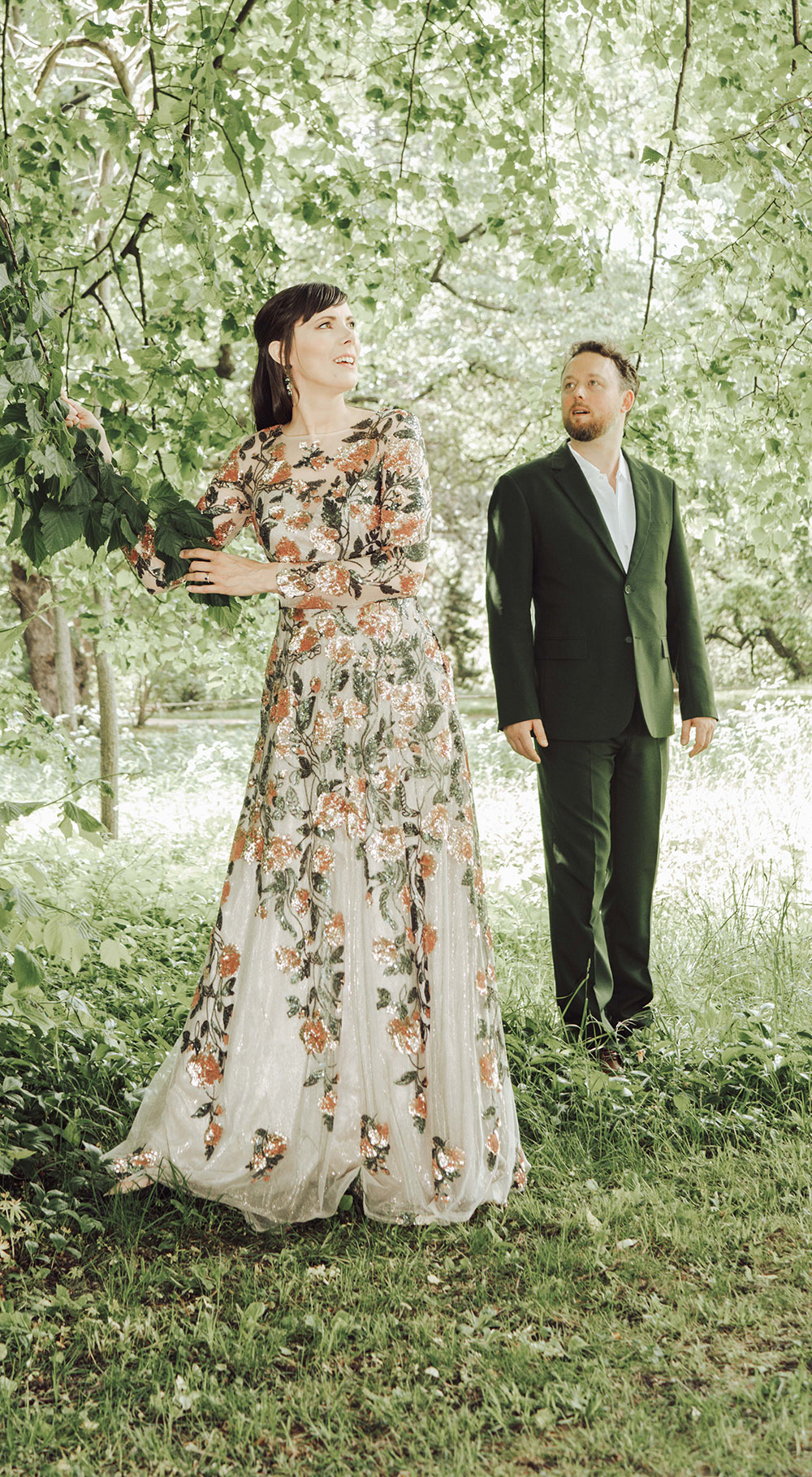 A composition made of music,
literature,
and the fine arts

Like many children in his native Sweden, pianist Daniel Beskow grew up reading the fables and fairy tales written by Elsa Beskow. The popular children’s book author is his paternal great-grandmother. It is this artistic family history which led to the production of “Fairytales“ with the label ARS Produktion.

Daniel Beskow first had the idea to conceptualize a journey through the fantasy worlds created by his ancestress back in 2018. In collaboration with mezzo-soprano Josefine Andersson, he searched for and discovered musical pieces which showed connec-tions to the fables’ illustrations. Fittingly, the first piece, matching the first image, is Två fjärilar from Lyckans Visor op. 9 no. 2 (Two Butterflies from Lyckan’s Visor op.9 no.2), followed by Edvard Grieg’s famous work for piano Butterfly (from his third book of lyrical pieces op.43). The musical connecting thread thus continues alongside Elsa Beskow’s illustrations, which are printed in the CD booklet. These copies are made from originals which remain hidden and safely guarded in a safe-deposit box. Pages 34 und 48 show illustrations never before published.

The present program is composed of five segments, each of which represents a fairy-tale: Flower Festival in Täppan, The Story of Curious Bartsch, Peter in Blueberry Land, The Land of Long Ago, and The Sun Egg. The accompanying music is characterized by its union of well-known works, such as Schubert’s Heidenröslein or The Trout, and lesser-known, rarely-heard pieces by Scandinavian composers such as those by Dane Peter E. Lange-Müller. Stylistically, the music spans from the early romantic to late romantic eras.

In Sweden, “Fairytales“ became a hugely successful stage play. The present recording was completed this past spring in the Immanuelkirche Church in Wuppertal, Germany, and is based on nearly one hundred programmatic concerts of the duo.

Elsa Beskow (1874 Stockholm – 1953 Djursholm) is among Sweden’s most prolific and beloved children’s book authors. Between 1890 and 1895, she studied at the Konstfack Conservatory in Stockholm. She published more than thirty books as author, illustrator, and painter, all while raising her six children. Many of her works have become classics of children’s literature and enjoy reissues to this day. The combination of a happy, homely atmosphere and the Swedish landscape of the late 19th and early 20th century, as well as the mix of cheerful stories and beautiful illustrations have earned Else Beskow international recognition.

Pianist Daniel Beskow is Elsa Beskow’s great-grandson. He studied at Schloss Edsberg and at the Royal Music Academy Stockholm, as well as at Musikhochschule in Hannover (HMTMH) and at the Royal Danish Academy in Copenhagen and MUK in Vienna. Among his most significant and inspiring

influences are his teacher Peter Feuchtwanger in London and Jiri Jlinka in Norway. With over eighty concerts every year, Daniel Beskow is considered one of the most interesting and versatile pianists in Scandinavia. In 2019, he published his first recording of Franz Schubert’s Winterreise, together with baritone Johannes Held (ARS Produktion).

Mezzo-soprano Josefine Andersson studied at the Royal Danish Music Academy and the Opera Academies of Copenhagen and Stockholm. She has participated in master classes taught by Helmut Deutsch, Diana Montague, Dorothy Irving, Mikael Eliasen, and Anne Sofie von Otter. Von Otter described Andersson’s voice as “exceptionally beautiful.“ In 2018, Andersson received the Stenhammer award. She has been performing on Scandinavia’s most renoun opera stages and also as concert soloist for the last ten years.

In 2014, Josefine Andersson and Daniel Beskow founded the Nordic Light Duo. They have since performed over 200 concerts, including several concert tours all over Europe. Both artists are united in their passion for the Scandinavian lieder (song) repertoire. Their mentors are such famous artists as mezzo-soprano Anne Sofie von Otter and pianist Bengt Forsberg.