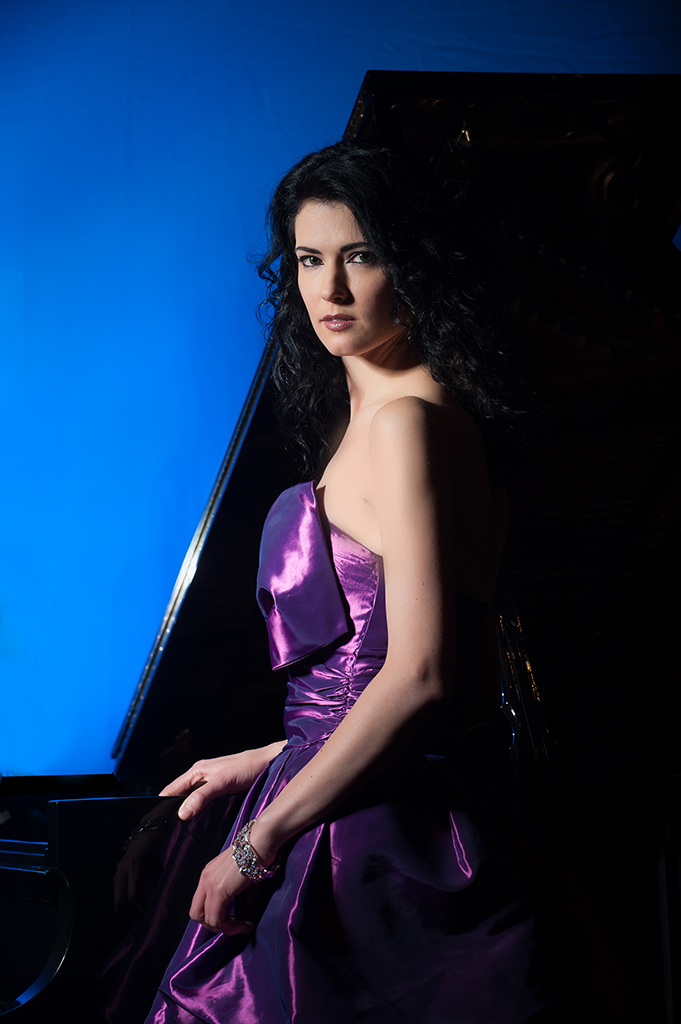 The American pianist Katie Mahan is considered one of the most outstanding and highly versatile pianists of her generation. Her musical multiplicity fascinates both audiences and critics over and over again and is documented by numerous recordings. With a deep sense of style and understanding she has not only adopted the art music of her homeland, but also the French repertoire of Debussy and Ravel as well as the German and Viennese classical repertoire. The latter can now be seen on her most recent album, which she recorded for Steinway & Sons: Appassionata – a passionate look into the soul and life of the jubilarian Ludwig van Beethoven, with the title-giving Sonata in F minor Op. 57, the Six Bagatelles Op. 126 and the E major Sonata Op. 109.

Katie Mahan’s interpretations are always marked by extreme affection for the subject, and her approach reveals its poetic depth. Thus, the program of her journey through “Beethoven’s Inner World” was not chosen by chance: The contemplation spans a wide arc from the Appassionata, the emotionally furious outburst that is unparalleled in the composer’s piano oeuvre, to the Sonata No. 30, the prelude to the mystical triad of the last piano sonatas, all the way to the Bagatelles Op. 126, the last six of a total of 24 “Kleinigkeiten” in the form of masterfully self-willed condensations of his late style.

“I have chosen these pieces because for me they epitomize the essence of Beethoven’s life journey. …Traveling from his final work for piano backwards to the beloved Appassionata sonata, we hear the expression of his emotions and passions, and witness his transformation as an artist and a man. In the twenty years that separate the Bagatelles and the Appassionata, we feel anger transformed into humility and fear transformed into serenity.”

Katie Mahan has consistently proven her versatility and her ability to penetrate different musical styles. At the age of four, a concert with music by George Gershwin led to her decision to become a pianist – an awakening experience that continues to have an impact today, as American music occupies an important place in her repertoire. Her grandiose interpretations of these works are evidenced by her latest recordings, including the highly acclaimed album Classical Gershwin (2019, Steinway & Sons), which features her own piano arrangements of songs and the two rhapsodies for piano and orchestra by the American composer, as well as her recording of Leonard Bernstein’s complete works for solo piano, which was released by the prestigious Deutsche Grammophon label as part of the complete edition of Bernstein’s works on the occasion of the universal musician’s 100th birthday. Her greatest pianistic influence, however, came from her studies with the celebrated French pianist Pascal Rogé, with whom she perfected her understanding of Impressionism in music and art as well as her overall sense of musical. Most recently, on her album Clair de lune (2019, released on her own label KM Classic), she proved to be a highly gifted Debussy interpreter with a “singular color palette” (pizzicato). Nevertheless, the current turn to Beethoven is not without reason. After all, the Salzburg inhabitant by choice is deeply rooted in the classical-romantic repertoire of the German-speaking world, which is impressively demonstrated not only by repeated comparisons with Clara Schumann, but equally by her recordings and concert performances of music by Beethoven, Mozart, Schubert, and Brahms.