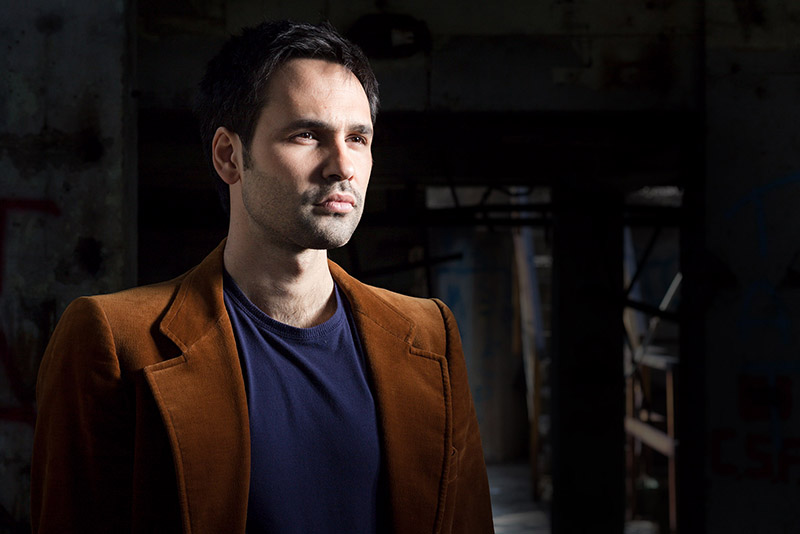 Great music lives on and continues into the future through its renewal by upcoming generations of musicians. The Neapolitan pianist Genny Basso followed in the footsteps of piano legend Aldo Ciccolini (1925-2015) when he closely worked with him as one of his last students, a time during which they even lived in the same house. Genny Basso’s debut CD thus becomes a homage to his charismatic mentor. It includes compositions by Chopin, Mozart, and Castelnuovo-Tedesco, all of whom played a role in the times shared with Ciccolini.

Basso was not only a “student” of Ciccolini’s. He considers this period of his life as a time of intensive self-development. The shared listening to and thinking about music were especially formative and came to define Genny Basso in his artistic approach. “Making music is not narcissism, but rather an act of love and candor,” he sums up.

The program of this recording begins with Frédéric Chopin’s Nocturne in C minor op. 48 Nr. 1, which is perhaps the technically most complex and musically most mature of its kind. For Genny Basso, this composition points toward the future, at times almost anticipating Scriabin.

What excites Genny Basso most about the following two Nocturnes E flat major opus 9 Nr. 2 and the posthumously published C sharp minor Nocturne is their timelessness: “Their melodic richness of ideas bears a compelling fascination which, almost 200 years later, continues to traverse cultures and generations.”

Wolfgang Amadeus Mozart’s Sonata in A major KV 331 consists of three movements, each of which are marked by a peculiarity: an andante grazioso lays out a series of variations, followed by a menuetto and finally a zappy allegretto alla turca. Exploring Mozart’s music together with Aldo Ciccolini was an exceptional experience for Genny Basso. There was agreement over the fact that each detail had to be grasped in its deepest interiors. Oftentimes, choices over certain fingerings led to philosophical discourses. In Mozart’s piano music, Aldo Ciccolino and Genny Basso traced an unbridled lust for exposition: “All parts, even the purely instrumental, retain the richness and the expressive and psychological variety of his operas’ events and characters.”

This is followed by another piece by Chopin: the waltz A minor opus 34 Nr.2 opens a small trilogy, succeeded by the waltz opus 64 Nr.1 in D flat major as well as Nr. 2 in C sharp major. For Genny Basso, they combine all of the composer’s qualities. The oppositions between gentle melancholia and lively impulsiveness are, after all, “the most authentic and compelling particularities in Chopin’s music.” Additionally, the first of these three waltzes marks a key biographical experience: it was the first piece of music which Ciccolini heard Genny Basso play, prompting him to predict a great future for Basso.

With the third composer on this recording, Genny Basso and Aldo Ciccolini share a deep connection to Neapolitan life. Although a native Florentine, Mario Castelnuevo Tedesco’s intoxicating suite „Piedigrotta 1924 (Rhapsodia Napoletana)“ brings the vibrant colour of the southern Italian city to life. A tarantella enters, songs are being cited, and an impressionistic gestus dominates much of the piece. Spanish influences are also obvious. This is not surprising if we consider the city’s history. In the 16th century, it was seized by the Aragonese, and later became part of the Spanish-Habsburgian Empire. Referencing his personal experiences with this piece, Genny Basso explains: “Here are our roots and a whole world made out of stories, gestures, traditions, and scents, which constitute the substrate of this extraordinary work.”

Genny Basso completed his studies in Naples under Luigi Averna at the San Pietro Conservatory summa cum laude. In 2010, he received the first prize at the Città die Bacoli music competition, and in 2012, the first prize at the prestigious Secondo Cecilia music competition in Rieti. In 2013, he was accepted at the renowned École Normale de Musique de Paris, where he continued his studies under Paul Blacher. He performs at international festivals, such as the Noguchi Memorial Fukushima, the Festival de Piano Rafael Orozco in Cordoba, the Noli Musica Festival and in the Academic Halls of the Pontifical Institute for Sacred Music. He is also often a jury member at international competitions, and in 2017, was president of the jury for the Beethoven International Piano Competition ASIA in Japan. During his time living and working with the famous pianist Aldo Ciccolini, Genny Basso was Ciccolini’s last student and became his official assistant during international master classes. The two also performed much-noticed recitals as a duo.