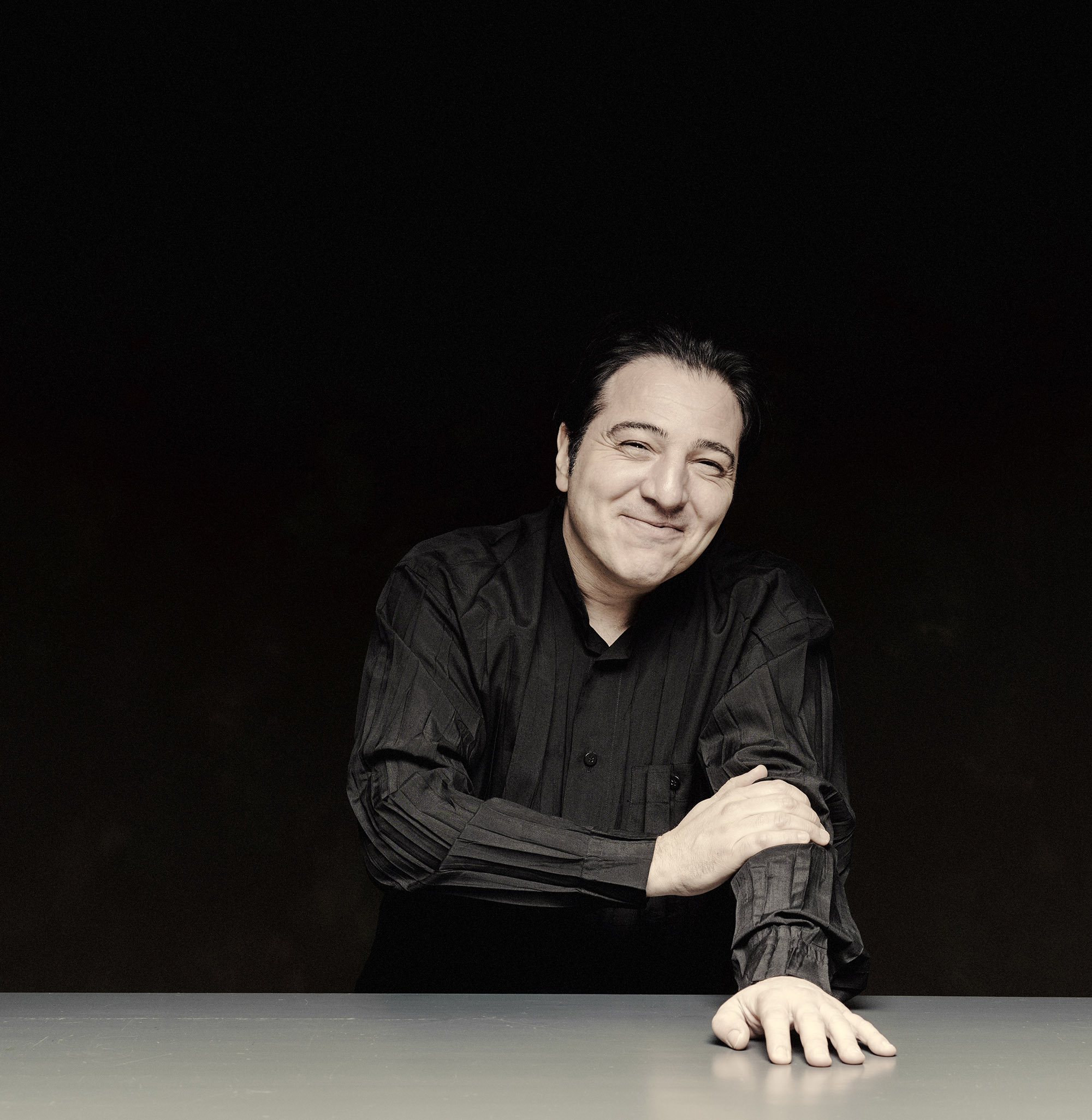 A fortunate union: With the CASALQUARTETT and FAZIL SAY, “probably the best formation in the German-speaking world” (Klassik Heute), and one of the most exciting musical personalities of our time, who has established himself firmly at the top of the international music scene both as a pianist and as a composer, have come together. Their first joint CD, which is now being released on the Solo Musica label, crowns their previous, highly productive collaboration in numerous concerts. For BALLADS & QUINTETS they have recorded Fazıl Say’s Ballads, Op. 12 and The Moving Mansion (Yürüyen Köşk), Op. 72b as well as Robert Schumann’s epochal Piano Quintet, Op. 44.

The composer Fazıl Say, with his original tonal language, is considered a bridge builder between tradition and the present, between the sound and creative world of his Turkish homeland and Western art music. The 3 Ballads, Op. 12 bear a vivid testimony to this aesthetic self-image. Taking the eponymous romantic piano genre as his starting-point, Say draws intimate portraits in the three pieces, in which he devotes himself to the poet Nâzım Hikmet, the birth of his daughter Kumru and the living creatures in the Ida Mountains. The collection was originally written for solo piano and has been arranged for piano quintet by Fazıl Say for this release. The Moving Mansion (Yürüyen Köşk), Op. 72b was also initially conceived as a concert rhapsody for solo piano and subsequently underwent several adaptations. In his ‘Hommage à Atatürk’, Fazıl Say has set a well-known episode from the life of Mustafa Kemal, the founder of modern Turkey, to music: In 1937, in a spectacular feat of engineering, Atatürk had a villa moved several meters to save a plane tree. Especially the extension with the string quartet makes the work, with its sounds of nature, rich rhythms and ecstatic dances, a musical spectacle full of vivid colours. In addition to Fazıl Say’s own compositions, the pianist and the cQ have also recorded Schumann’s groundbreaking Piano Quintet in E flat major, Op. 44, with which he not only laid the foundation for this genre in 1843, but also created one of the most important and most beautiful chamber music works of all time.

The casalQuartett is one of the most outstanding string ensembles of its generation. Founded in Zurich in 1996, the ensemble has grown out of the education of such distinguished ensembles as the Alban Berg and the Carmina Quartett, and within a short period of time established itself as one of the most prestigious string quartets in Switzerland with an international reputation. The cQu has made the tension field between tradition and innovation the driving force behind its work. Beyond its involvement with the core repertoire from the 17th century up to contemporary music, it resolutely advocates unknown works and their creators and is intensively engaged in making music on historical instruments. In addition, it is also repeatedly distinguished by unconventional concepts or projects with guest artists from music, acting, dance and literature. The cQ’s artistic achievements, which are documented on numerous recordings, have been honored many times with prizes such as the ECHO Klassik, the Diapason d’Or, the ICMA or the German Record Critics’ Award.

Fazıl Say is regarded worldwide as one of the most outstanding pianists. He performs as a chamber musician and soloist with internationally leading artists and orchestras. His extensive discography has received numerous awards and includes complete recordings of the piano sonatas by Mozart and Beethoven, as well as works by Bach, Chopin, Debussy, Gershwin, Haydn, Satie, among others. His oeuvre counts over 80 compositions and includes works for solo instruments as well as symphonic, choral, concert and chamber music.

In the year of Ludwig van Beethoven’s 250th birthday, both the casalQuartett and Fazıl Say honoured the jubilarian with highly ambitious projects. On Beethoven’s World 1799 – 1851. The Revolutionist & his Rivals, the cQ traces Beethoven’s development and achievements in the venerable string quartet genre on 5 CDs, broadening the view to both predecessors and contemporaries as well as Beethoven’s immanent impact on posterity. At the beginning of this year, Fazıl Say, for his part, presented an impressive overall view of the 32 piano sonatas, a recording of “very great explosive power” (SWR2).