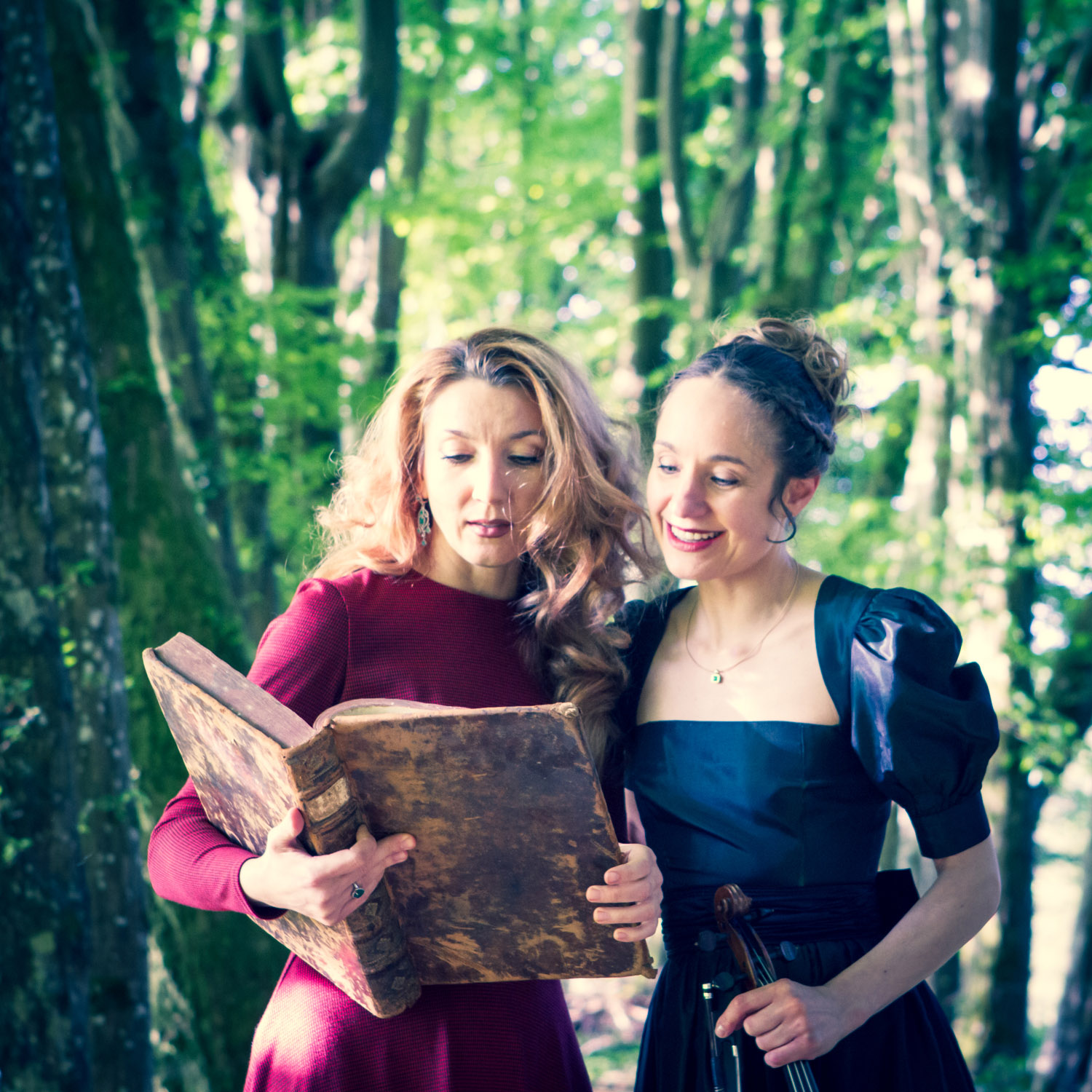 In 2011, the passionate chamber musicians Natalia van der Mersch (violin) and Natalia Kovalzon (piano) came together to form the DUO NATALIA. On their latest recording, MAGICAL RUSSIA, which is now being released on the ARS Produktion label, they draw a fabulous panorama of romantic music from tsarist Russia. The repertoire ranges from picturesque salon pieces to highly virtuosic concert works.

In the course of the 19th century, Russian art music saw a significant boost. Around 1800, the musical life was dominated by European influences. With the widespread struggles for freedom and the revolutions, however, an interest in national traditions started to develop. Gradually, cultural reformative tendencies progressed, which led to the development of an independent national music culture. Composers such as Mikhaïl Glinka and Alexander Alyabyev, both represented on Magical Russia, were among the pioneers in creating a Russian identity in art music. In the early 1860s, two factions emerged, who sought to continue on this path in different ways: on the one side, the group of the ‘westerners’ with Anton Rubinstein, perhaps the most iconic piano virtuoso of his time and co-founder of the first Russian Conservatory in Saint Petersburg; on the other side, The Five – also known as The Mighty Handful – who were critical of the western orientation of the Rubinstein school. The group also included Nicolai Rimsky-Korsakov, over whose celebrated opera The Golden Cockerel the American-Russian violinist Efrem Zimbalist created his highly virtuosic fantasy. Rimsky-Korsakov’s student Alexander Kopylov, in turn, conjures up the splendor of the tsarist empire’s capital in his revelling Souvenir de Peterhof. Pyotr Tchaikovsky, who alternated between the two directions and tried to combine both West European art music and elements of Russian folk music, appears with a Valse sentimentale on the recording as well as two Morceaux de salon of the young Sergei Rachmaninoff, who highly admired Tchaikovsky. The panorama on Magical Russia leads beyond Romanticism to the 20th century, to the Suite Italienne by Igor Stravinsky, who in his neoclassical phase explored folklore and music of past times in a highly original way.

The Duo Natalia – featuring violinist Natalia van der Mersch and pianist Natalia Kovalzon – has achieved a harmony far beyond their identical first names since its foundation in 2011. Her debut CD La Folia with works by Corelli, Bach, Schubert, Dvořák and Bartók, among others, was released in 2018. Natalia van der Mersch completed her studies with such renowned teachers as Zakhar Bron and at the Royal Conservatory in Brussels with Igor Oistrakh. She has performed with orchestras such as the Cologne Chamber Orchestra, the Hamburg Philharmonic, the Essen Philharmonic and the Orchestre de Chambre National de Toulouse and has appeared at numerous music festivals, including the Schleswig-Holstein Music Festival, the Rheingau Festival and the Gstaad Music Festival. The Kyrgyz pianist Natalia Kovalzon completed her studies at the national conservatory of her home country. She has made guest appearances with such orchestras as the Omsk Philharmonic Orchestra, the Riga Chamber Orchestra, and performs regularly with the Luxembourg Chamber Orchestra. Fascinated by pedagogical work, she is the artistic director of Artistes en herbe, a Luxembourg association dedicated to mentoring and supporting exceptionally talented young instrumentalists.