“One of the leading pianists in Germany” 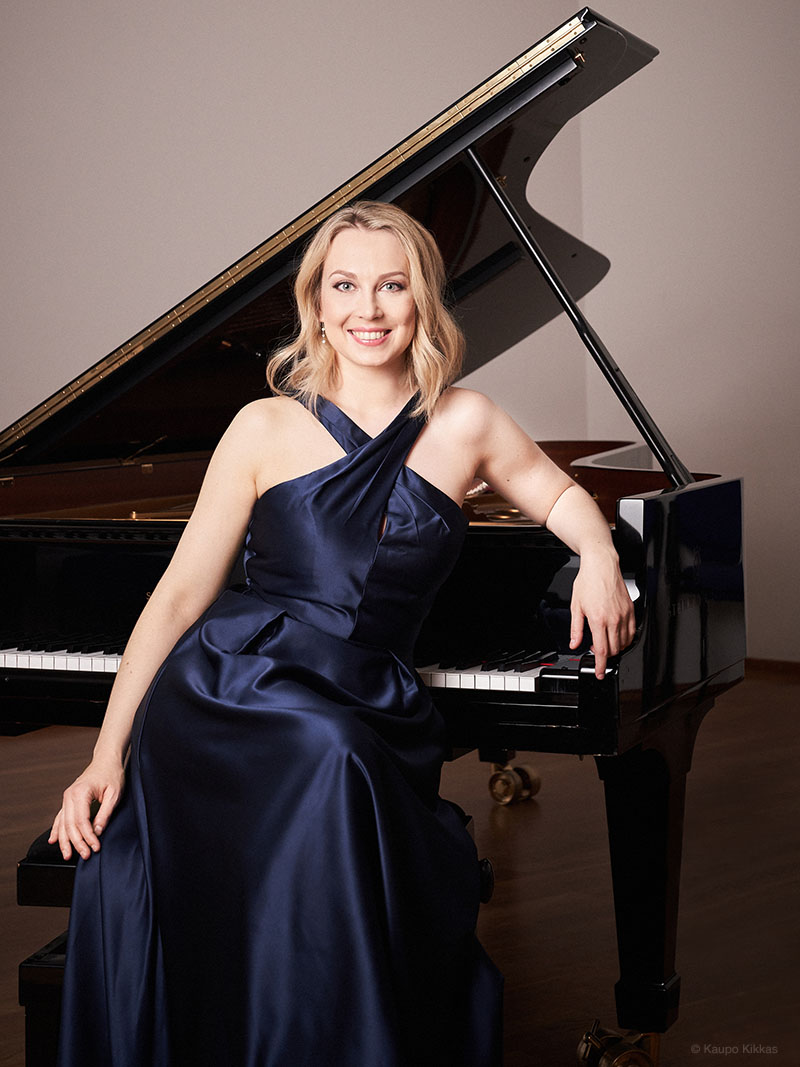 Lydia Maria Bader maintains a close relationship with China since her debut tour in 2009: since then, ten concert tours, often lasting several weeks, have taken her across the Middle Kingdom from the far south to Inner Mongolia. Celebrated by the press as the “German Piano Princess”, her performances attract not only great media interest, but also over tens of thousands of visitors every year. Lydia Maria Bader’s fascination for the country and the musical experiences she has gained there gave rise to the concert programme Chinese Dreams in 2019, in which she dedicated herself to Chinese music and its influence on Western composers. Now, ARS Produktion is releasing the eponymous recording of this program, with works by contemporary Chinese composers based on traditional folk songs, as well as rarely heard occidental music in the style of the Chinoiserie by Abram Chasins, Cyril Scott and Walter Niemann – “It is music”, Lydia Maria Bader says, “filled with beautiful melodies; melodies that deserve to be heard outside of China as well.”

Lydia Maria Bader’s connection to China, beyond her concert tours, is based on a fundamental enthusiasm for foreign cultures and countries. This has already taken her to performances throughout Europe up to Russia and Bangladesh and is also reflected in her programmes, such as the 2014 recording Music of the North (gutingi) with works from Scandinavia and the Baltic States. She also pursues her penchant for music outside the classical repertoire in enthusiastically received lecture concerts, in which she likes to take the audience to unknown regions of the piano literature. This is certainly the case with the music on Chinese Dreams: While in this country Walter Niemann, Abram Chasins and Cyril Scott are very rarely to be found on the concert programmes, Chinese piano music from the 20th century is largely unknown around here. Lydia Maria Bader therefore wants to bring these works to consciousness and create a connection between the Chinese and Western musical worlds.

In China, the triumphal procession of the piano began in the first third of the 20th century, with Shanghai as the stronghold of piano education at that time. The teachers at the conservatory there were either exiles or Chinese pianists who had studied abroad. Even the Cultural Revolution did not diminish the popularity of the instrument; only the repertoire was subject to political restrictions and had to be based on Chinese folk songs or opera themes. Today, this music, which focuses on the old, traditional melodies, is omnipresent in China; it is sung by pop musicians on the one hand and is also present in the repertoire of classical artists, for example as piano arrangements such as the Kangding Love Song.

For centuries, the Middle Kingdom has exerted a great fascination on the western world with its traditional culture, artistic painting, writing and harmonious gardens. Even music has not remained unaffected by this chinoiserie – especially in times of national music and exoticism in the 19th and 20th centuries, when Debussy, for example, was tonally drawn ever further east. For composers such as Walter Niemann and Cyril Scott, however, it was not the reproduction of authentic and genuine themes that counted; their aim was rather to evoke foreign and imaginative mood pictures. They were both committed to Impressionism as well as to the music of other cultures, as in Scott’s Lotus Land or Niemann’s ‘Five Dream Poems’ of the piano suite Alt-China, in the preface of which it is stated: “The composer has […] in a dream made a journey to China. What he tells us about it in the following is intended […] to be Chinese only in so far as it reproduce the delicate, exotic, fairy-tale atmosphere of the Far East, occasionally coloured with the primitive element in music. He does not demand: You must believe me, because I am a Chinese, but he asks: believe me, when I, a German, dream myself away to China with you.”