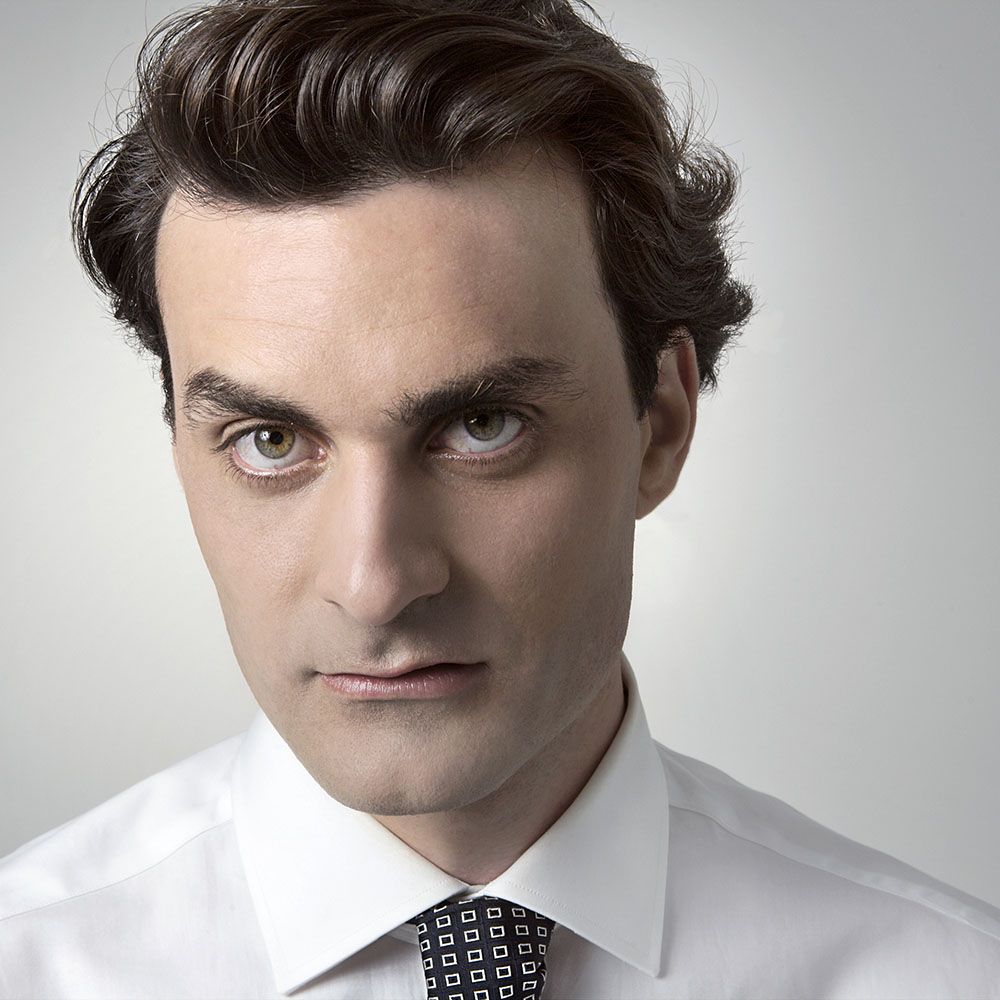 Pianist Ivan Ilić earned degrees in mathematics and music at the University of California Berkeley before moving to Paris on a university fellowship. He then studied at the Conservatoire Supérieur de Paris, where he took a Premier Prix. The City of Paris sponsored his first recording.

Ivan’s recordings have played a significant role in spreading his international reputation. His CD of 24 Préludes by Claude Debussy [2008] received Mezzo Television’s Critic’s Choice Award in France, and was a Top Five CD of the Year of Fanfare Magazine. It was also selected by Classique News in France as a Top 5 CD of the Month. The album was broadcast on Radio France, BBC Radio 3, Dutch Radio 4, American Public Radio, Radio Hong Kong, and numerous other stations.

His next CD [2012] featured the complete Chopin Studies for the left hand by Leopold Godowsky, a tour-de-force of musicianship and virtuosity. The recording was described as „a major achievement“ and „breathtaking“ by BBC Radio 3. It featured prominently in The Daily Telegraph [CD of the Week], German MDR Figaro [Top 5 CD], Classique News [Top 5 CD], and Czech Radio [5 stars]. The album was broadcast widely across 6 continents. Videos of Ivan performing Godowsky on YouTube attracted over 500,000 views. Shortly afterwards, Ivan made his acting début in two French short films: Luc Plissonneau’s Les Mains and Benoît Maire’s Le Berger.

From left hand repertoire, Ivan shifted his focus to US composer Morton Feldman, which led to a trilogy of publications. The first was the CD  The Transcendentalist [2014]. The programme suggested a connection between Scriabin miniatures and late Feldman, with detours in early John Cage and a Feldmanesque new work by Scott Wollschleger. It was the Critic’s Choice of BR Klassik[DE], Swiss Radio Espace 2 [CH], Listen Magazine [US], and Classique News [FR]. It was also a CD of the month of Sinfini Music [UK] and TGV Magazine [FR], won a Supersonic Award from Pizzicato Magazine, and garnered 5-star reviews from Harmonie Magazine [CZ] and Aachener Zeitung [DE]. In November 2014 the album was nominated by the International Classical Music Awards for „Album of the Year“. Forbes mentioned it in their 2014 list of Top 10 New Classical Releases.

Part 2 of the Feldman Trilogy was an unconventional art book/CD/DVD, published by the Geneva University of Art & Design [2014]. French magazine Le Nouvel Obs hailed the „sublime immobility“ of Ivan’s recording, and La Tribune de Genève wrote: „Under Ivan Ilić’s fingers, Feldman reappears, ethereal and moving. This is a noble tribute which must be recognized“. Part 3 of the Feldman Trilogy was Ivan’s recording of „For Bunita Marcus“ [2015].

In recent years Ivan Ilić’s approach has broadened in scope. He has co-produced several 5-hour radio series for Swiss Radio  Espace 2. He also writes about music: recent articles have appeared on the websites of Gramophone, BBC Music Magazine,  Music & Literature and Limelight. www.ivancdg.com