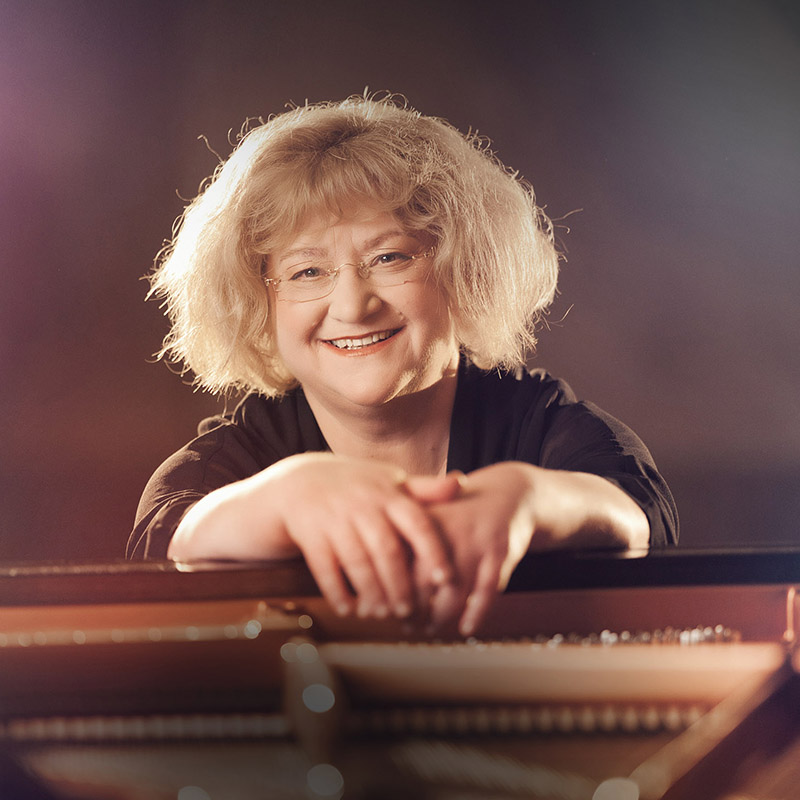 For pianist Elena Margolina, Franz Schubert’s music has become a sort of native tongue. Her goal on the piano is to make her instrument sing. And yes: she does want to produce a recording of Schubert’s complete oeuvre eventually. But this equals a life task. However, she is continuously getting closer to this goal: she regularly presents new sonata recordings. Last year, she recorded three Schubert sonatas for the label ARS, and now she is already presenting a sequel – this time with the sonatas Nr. 17 D Major (D 850) and Nr. 19 C Minor (D 958).

“The musical art has buried here a rich estate, but even more beautiful hopes,” reads Franz Grillparzer’s grave inscription in the Vienna Central Cemetery, where Franz Schubert is buried. Schubert’s career would have likely soared to unimagined heights had he not passed away at the early age of 31. The composers of the following generation – first and foremost Robert Schumann and Johannes Brahms – helped make his genius immortal. (The titles beginning with the letter D harken back to musico-logist Otto Eric Deutsch, who compiled all of Schubert’s works chronologically.)

Franz Schubert’s piano sonatas mirror his involve-ment in Beethoven’s works but become truly interesting in Schubert’s assured emancipatory gift and his ability to step out of this very shadow. Where Beethoven wrestles with ideas and drives formal complexities to their extremes, Schubert accomp-lishes a flight forward, for example through the resumption of his works into “heavenly lengths,” as Robert Schumann put it.

The sonata Nr. 17 D Major (D 850) from the year 1825 was written during a summertime vacation in Bad Gastein. The symphonic breadth of the movements conjures the terminus “grande sonata.” The slightly tumultuous beginning leads into a world full of contrasts and rhythmic tension. The lyrical second movement surprises with its diversity of modes. The finely structured scherzo unfolds, not the least through a parallelism of triple and double rhythms, a dance-like momentum which prepares for the upbeat rondo finale.

The Sonata Nr. 19 in C Minor (D 958) marks the opening of the trilogy of Schubert’s last sonatas, all of which were completed in the months before his death between spring and fall 1828. Was Franz Schubert conscious that the end of his life was ahead of him while he was writing all three sonatas simultaneously? The opening movement drives the idiosyncratic tension between Beethoven’s influences and the liberation from them to a head. The heavily melancholy second movement is the only Adagio which Schubert included in any of his piano sonatas. The minuet in Allego presents a different facet of bizarre ambiguity when old courtly ballroom dances and later a tarantella are turned into something grotesque. The finale counteracts once again and as vehemently as possible any “Schubert cliché”: song-like and easy it begins, but then an experimental implementation disrupts the simplicity, especially when a distinct chromatic already points to the musical future of a Franz Liszt.

Elena Margolina studied at the St. Petersburg Rimsky-Korsakov College of Music and gained her diploma as a concert pianist. Her most important teacher was Tatyana Kravchenko, a direct student of the famous Russian pianist and professor Lev Oborin (1907 -1974). The renowned music critic Joachim Kaiser has attested her an embodiment of the best features of the Russian piano school. Arnulf von Arnim is mainly responsible for Franz Schubert’s music turning into a sort of “native tongue” for her. The way in which Arnim played Schubert reinforced her in her decision to study with him. Her first prize at the International Schubert Piano Competition in 1995 was proof that she was on the right track.

Out of artistic curiosity, she moved to Germany, where she completed her concert exam at the Hochschule für Musik Detmold (College for Music Detmold) in 1996. Since 2014, she has been a professor at this institution. She also teaches master classes around the world and succeeded in helping numerous students on their individual artistic paths. She found crucial inspiration during her work at the Hochschule für Musik, Media und Theater Hannover (College for Music, Media, and Theater Hannover).