“Atilla Aldemir is one of the most outstanding Turkish violinists of the ‘young generation’ … His concerts and recordings are of exceptional quality.” 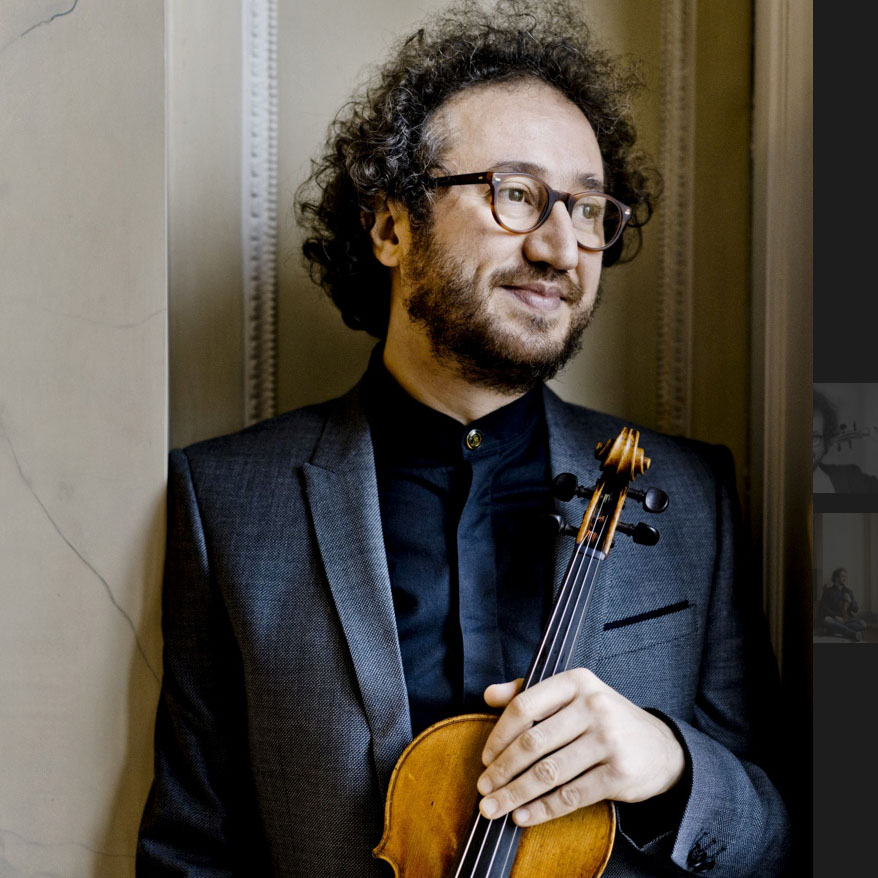 “Aldemir’s performance…became…one of the unforgettable concert experiences…the program, consisting of demanding works, he mastered both technically and musically with bravura… Itamar Golan knows how to support and carry the violinist in the best possible way.” (Cumhuriyet)

“It is a stroke of luck that such sovereign performers as Aldemir…have completely dedicated themselves to this unusual program.” (Fono Forum)

Atilla Aldemir’s profession is perhaps best defined as a string instrumentalist. To some he is considered the best violinist in Turkey – at the same time he pursues an impressive career on the viola, which he masters no less masterfully. While his solo activities in the past were mostly dedicated to the violin, the principal viola player of the MDR Symphony Orchestra will in future focus more on the viola when it comes to solo projects. An important result of this development is his album Passion, which is now released on the GWK label. On this album he interprets a passionate repertoire ranging from Romanticism through the 20th century to contemporary music. He is supported by the Israeli pianist Itamar Golan, an inspiring chamber music partner with whom Atilla Aldemir can look back on many years of collaboration.

The palette of expression of the music on Passion could hardly be any larger. In three major works of the chamber music repertoire – Brahms’ F minor sonata Op. 120, an arrangement of the violin sonata A major by César Franck and Shostakovich’s swan song, the viola sonata Op. 147 – and three solo pieces – the Aldemir dedicated Troja by Halit Turgay as well as the Capriccios by Vieuxtemps and Necil Akses – Atilla Aldemir lets the whole spectrum of the viola sound in “its refined high register” as well as in “its dark and passionate low register.” He interprets the duo works on a viola by Pellegrino Zanetti from the year 1560, the pieces for viola solo on a “blood-young” instrument made in 2017 in Alexandre Breton’s workshop.

Atilla Aldemir, born in 1975, completed his musical education in Istanbul, Detmold and Essen. He also received valuable artistic impulses from Barbara Górzyńska and his viola teacher, former principal violist of the Concertgebouw Orchestra, Matthias Maurer. Awards such as the Folkwang Prize, the GWK Promotion Prize or the Donizetti Prize for ‘Best Interpreter of Turkey’ document his outstanding skills on both viola and violin as well as numerous competition successes, such as at the International Johannes Brahms Competition in Pörtschach, Premio Rodolfo Lipizer and the Violin Competition in Istanbul. His concerts have taken him in recitals, as a chamber musicians and as a soloist to numerous European countries, the United States, Israel and Egypt to such famous concert halls as the Berlin Philharmonie, the Semperoper, the Gewandhaus, the Vienna Konzerthaus and the Musikverein Vienna. He has performed alongside conductors such as Ivan Fischer, Kristijan Järvi and Lawrence Foster with renowned orchestras such as the Camerata Salzburg, the Orchestre National Bordeaux, the Konzerthaus Kammerorchester Berlin and all of Turkey’s state symphony orchestras. Besides Itamar Golan, his chamber music partners among others include Fazıl Say, Polina Leschenko and Jeremy Menuhin. Since April 2017 Atilla Aldemir has been principal viola of the MDR Symphony Orchestra in Leipzig.