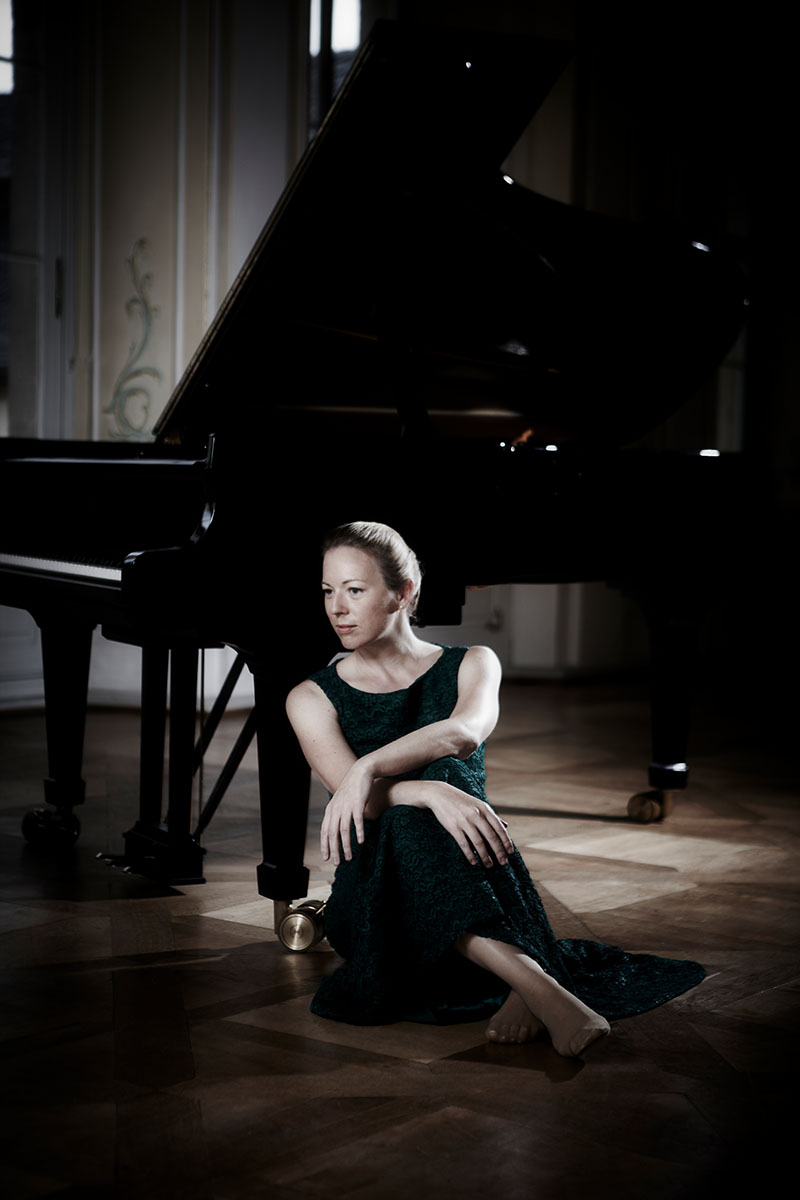 »This recording is addictive … her playing is full of poetry, warm, nuanced, thoughtful. She can elicit wonderful timbres from the grand piano, sing melodies, and when it comes down to the point, … then she proves her dexterity.« (Fono Forum)»Uta Weyand knows how to define the different characters in the field of tension between cultivated folklore, country-specific melancholy, and gentle rhythmic excitement and to provide them with a convincing sound format.« (Klassik Heute)

1892 – it is the time of imperial colonial politics, the economic rise of the industrialized countries and the leaps and bounds of technical and scientific progress: the Northern Lights are photographed for the first time, Rudolf Diesel applies for a patent for a ‘New Rational Thermal Power Engine’ in Berlin and the last major cholera epidemic in Germany rages in Hamburg. The year 1892 also saw the birth of Darius Milhaud and Arthur Honegger, the premiere of Bruckner’s Eighth Symphony and Tchaikovsky’s ballet ‘The Nutcracker’. In many European countries, the establishment of national states is accompanied by an increased interest in their own history, language and culture. Art music did not remain untouched by this and became more than ever the bearer and voice of cultural identities, especially through the reflection on one’s own folk music.

The pianist Uta Weyand has gained many international experiences in her life: Born in Reutlingen, she first studied in Freiburg, then in Baltimore and Madrid. She spent more than ten years in Spain, where she held a professorship at the Royal Conservatory in Madrid and received great recognition for her passionate commitment to the Spanish piano literature. Her busy concert and educational activities have taken her from Europe to the Americas, Russia and East Asia. Now Uta Weyand has made the year 1892 the programmatic focal point of her new album. She takes a global look at the piano music of the time and has recorded works by Debussy, Albéniz, Grieg and Brahms on a Steinway grand piano from that same year.

NO-TE: What is behind the title of this recording?

In Eichenzell, very close to where I have been living for 14 years, there is a beautiful summer castle called ‘Fasanerie’. The famous Landgravine Anna of Prussia, who was very gifted in music and a friend of Brahms and Clara Schumann, lived there until 1918. Her son Alexander Landgrav of Hesse shared this love of music. He brought a Steinway grand piano produced in 1892 to the castle and even composed. Some years ago I played a benefit concert to support the restoration of this beautiful Steinway grand piano. Its sound and personality fascinated me. And so I asked myself: Who wrote which music in 1892? But also, what generally happened in 1892 and how did the world feel and think in that year? Later I was absolutely overwhelmed by the fascinating variety of facts and stories. It was so inspiring to look at the events and circumstances of just one year – it created in me mirror images of a time: ‘Reflections’!

Inspired by the Steinway grand piano from 1892, I have put together a program that shows musical similarities, national diversity, but also fascinating differences. I wanted to make a musical journey through the Europe of 1892 and bring the simultaneity of such different styles, common and independent paths, closer to the audience. The four selected composers on this recording are all in completely different phases of life. Debussy is 30 years old and after a failed career as a pianist, he started to concentrate on composing. His ‘Nocturne’ (1892) is thus not a work of youth, but a young work. Albéniz, only two years older than Debussy, was an exceptional pianist as well and initially tried his hand at small, very folkloristic compositions. In contrast to this is a mature work by Brahms, who at 59 has almost reached the end of his life. Edvard Grieg on the other hand is 49 and writes his Opus 57 in his house in Troldhaugen, where his Steinway grand piano still stands today: also a copy from 1892!

NO-TE: What characterizes this music, from the same time and different origins?

On my CD I wanted to bring together unforgettable pieces, but also pieces that had fallen into oblivion. You can hear an enormous national diversity on it. And yet there are similarities, although very subtle ones. Grieg and Albéniz show their respective reflections on the folklore of their countries. Whereas in Grieg’s ‘She dances’ only one girl dances, in ‘Seguidillas’ by Albéniz it is a whole nation! It is exciting to experience the diversity of northern and southern European folklore so closely. In contrast, Debussy and Brahms are stark opposites. The young Debussy is on the verge of a radical change and strives for new compositional paths, while Brahms rests in his most beautiful creative perfection. All these are colours on the European palette from 1892!