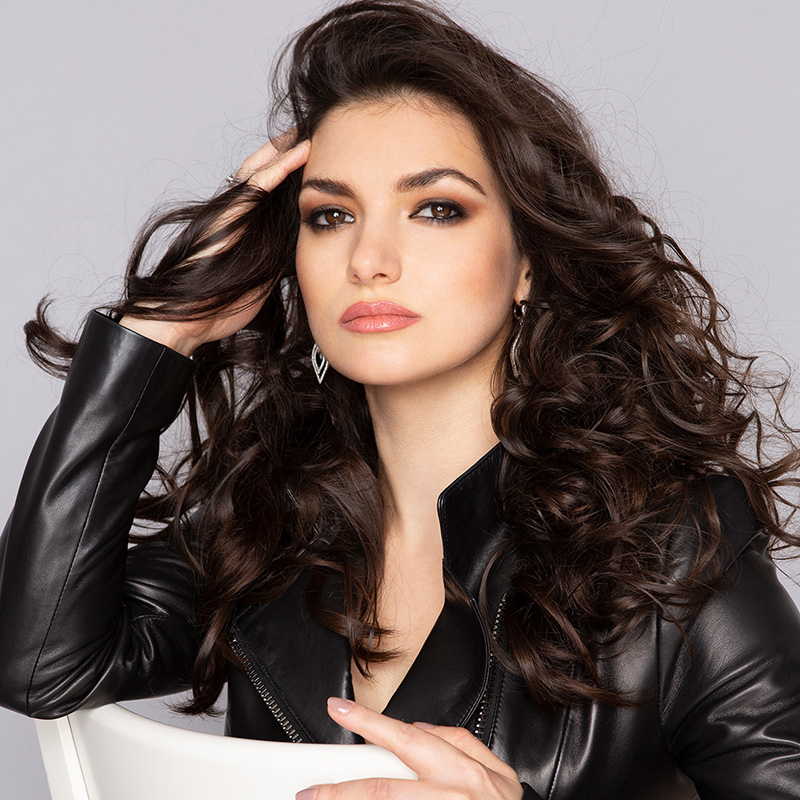 Russian Songs by Tchaikovsky and Rachmaninov

Already at her young age, mezzo soprano Lena Belkina has had an impressive opera career: her celebrated guest performance as Carmen on the Seebühne at the Bregenzer Festspiele marks just one of many highlights. Beyond the big stage, the Tashkent-born singer, who studied in Kiev and Leipzig, has also discovered the intimacy of the smaller form of the Kunstlied, or art song, for herself. On her current album “spring night,” Belkina, together with pianist Natalia Sidorenko, devotes herself to the romances written by Peter Tchaikovsky and Sergei Rachmaninov.

Tchaikovsky and Rachmaninov as lied composers? That does not quite fit in the typical image we have of these two composers, both of them highly acclaimed artists during their lifetimes and in our current day who are known mostly for their important contributions to music history in the form of their symphonies and virtuosic concerts. A lesser-known fact is that Tchaikovsky alone wrote over one hundred songs, or lieder. Rachmaninov’s oeuvre, too, includes almost eighty lied creations. The low level of awareness about this outside of Russia is likely due to language barriers. With their new recording of twenty of the most beautiful romantic songs by both composters, Lena Belkina and Natalia Sidorenko are able to fill this discographic gap.

The term “romance“ as used by Tchaikovsky and Rachmaninov to title their small, intimate creations is the term commonly used in the Russian language for this type of song composition. Fitting them into a specific category is impossible. The pieces are formally very diverse, though a melancholic, lyrical gestus is the common denominator. A structural difference between the Russian “romances“ and for example the German tradition is remarkable: Unlike in the German art song, in the typical Russian lied compositions, the melody follows the lyrics, and not the other way around. The text always remains the primary source – and the music follows it.

The vocal chamber music works of these two Russian composers are exemplary for their whole artistic range. They are based on Russian poetry, but also, especially in the case of Tchaikovsky’s Nocturnes, German Romantic literature and Johann Wolfgang von Goethe’s writing. This points to insightful points of intersection between national cultures in 19th century Europe.

In these twenty works, Lena Belkina and her piano partner Natalia Sidorenko master a big challenge. After all, the pieces require the musicians to create a maximum of feeling and expression in a short amount of time. At the core of these pieces lay those “genuine existential dramas that allow us to turn our attention inwards,” as Vadim Zhuravlev has put it so well in the CD’s booklet. Among the titles are “Once during pre-spring,” “Only those who know desire” or “To my bad luck, I fall in love.” Deep emotions thus take on a central role. In addition, impressions from nature serve as a vehicle for the deepest inner movements – and passion and even some erotic allures are never far away.

was born in 1987 in Tashkent. She studied at the Glière Higher Musical Institute in Kiev and at the National Musical Academy of Ukraine Peter Tchaikovsky. She won first prize at the international Boris-Gmyria singing contest. Later, she finished her studies at the School for Music and Theater “Felix Mendelssohn Bartholdy” in Leipzig. Between 2009 and 2012, Lena Belkina was a soloist at the Leipzig Opera, and from 2012 to 2012, at the Vienna State Opera. In 2012, she portrayed the main character in Andrea Andermann’s movie version of Gioachino Rossini’s opera “La Cenerentola.” The film was awarded Italy’s renowned TV prize, Prix Italia and was broadcast all over the world on leading TV stations. 2014 had her debut portraying the virtuosic role of Arsace in Rossini’s opera “Aureliano in Palmira” at the Rossini Opera Festival in Pesaro. In 2016, she had her debut on the state of the Kiev Opera, as Cinderella. In 2017 and 2018, hundreds of thousands of listeners could enjoy Lena Belkina’s performance as the titular heroine in George Bizet’s opera Carmen on the levitating stage at the Bregenzer Festspiele. Her most recent accomplishment as a mezzo sopranist is her portrayal of Johanna in Tchaikovsky’s opera Joan of Arc, after Schiller’s Viennese theater play of the same title, in 2019.

Lena Belkina has sung in nearly all internationally renowned opera houses. Her wide-ranging repertoire includes a diverse spectrum of important lyrical roles and coloraturas in the mezzo range from operas by Mozart, Rossini, Massenet, Tchaikovsky, and others. Her discography includes two solo albums: “Dolci Momenti” features arias by Rossini, Bellini, and Donizetti (2015) and “Vienna Classic” includes arias by Mozart, Gluck, and Haydn (2017), published with the large record label Sony Classical.

graduated from the Tchaikovsky State Conservatory in Moscow and has won prizes at the International Competition for Accompanying Musicians in Kazan as well as at the International Vincenzo Bellini Competition of the Chamber Music Association Geneva in Caltanissetta (first prize). She has also performed as a soloist with the Moscow State Philharmonic Orchestra. Since 2012, she has been guest accompanying musician at the Vienna State Opera. Additionally, she performs with the Vienna Philharmonics, the Vienna Music Society, in the large, small, and Rachmaninov halls of the Moscow State Tchaikovsky Conservatory, and in the Tchaikovsky concert hall, the Tivoli concert hall in Copenhagen, the Malmö opera house, and many other locations.