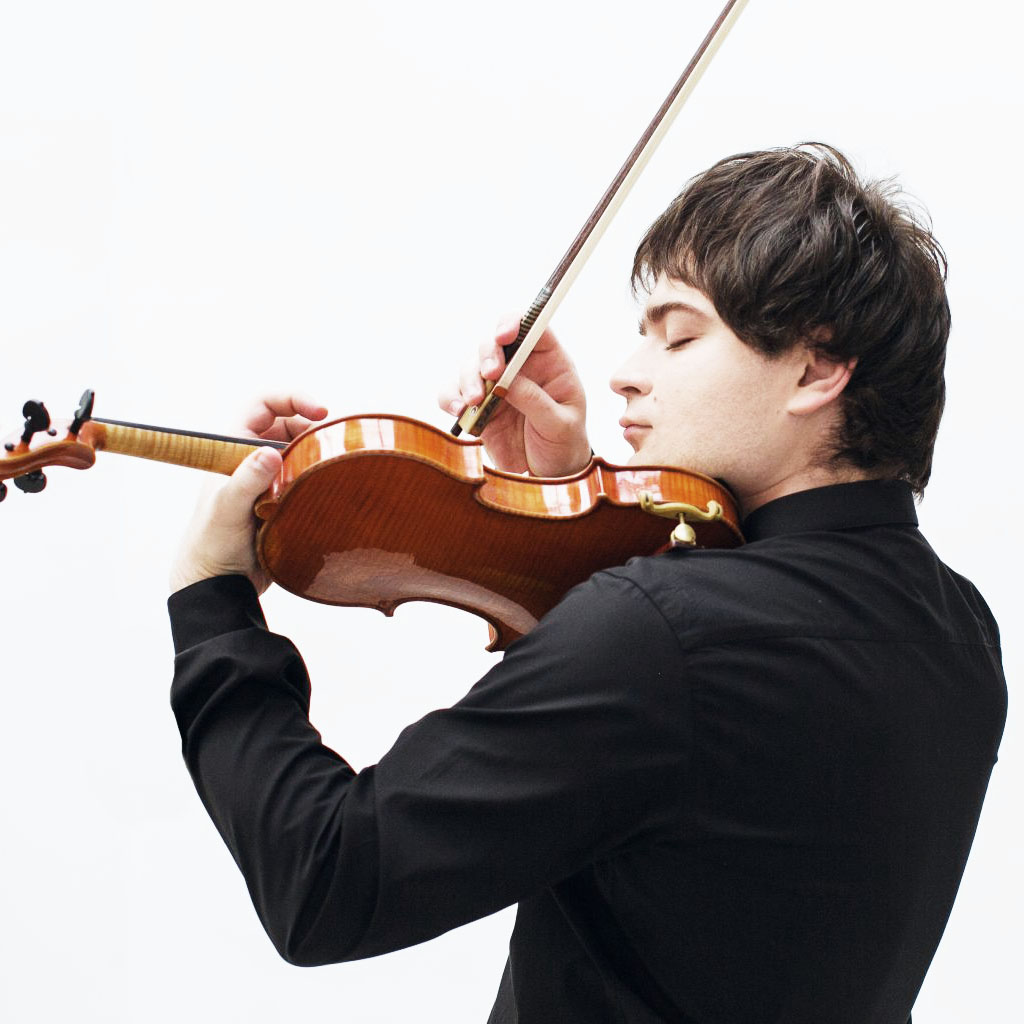 Ivan Pochekin is considered one of the most brilliant representatives of the Russian school of violin playing in his generation. His meteoric career began in 2005, after he won the III. International Niccolò Paganini Violin Competition in Moscow. Since then he has performed as a soloist with renowned orchestras and at various music festivals and maintains artistic contacts with conductors such as Vladimir Jurowski, Valery Gergiev, Mikhail Pletnev and Vladimir Spivakov. At the end of 2012, NAXOS released his highly acclaimed recording of Niccolò Paganini’s Fifth Violin Concerto with the Russian Philharmonic Orchestra under Dmitry Yablonsky – “I’m sure even Paganini himself would be impressed”, concluded Gramophone Magazine. In the spring of 2018, he and his brother Mikhail achieved another success as The Pochekin Brothers with the album The Unity of Opposites (Melodiya). The “masters of duo violin playing” (klassik.com) convinced the critics with their elaborate interplay and a sophisticated program of rarity value.

Now Ivan Pochekin once again bears witness to his individual talent and shows once more that he knows how to shine as a soloist in orchestral works – with a demanding programme that is very close to his heart, both musically and personally: the Violin Concertos No. 1 & 2 by Dmitri Shostakovich. Ivan Pochekin has recorded them together with the renowned Russian National Orchestra (RNO) under the direction of Valentin Uryupin.

What is the history of your relationship with Shostakovich’s music? Why did you decide to record these particular works?

IVAN: Shostakovich’s music very accurately conveys what was happening in the lives of people in my country until very recently. I feel it deeply and I want to convey it to the audience, as if tracing the link between past and presence, preserving authenticity. Together with Valentin Uryupin, we as individuals were formed in the very musical system where Dmitri Shostakovich worked several decades before. My father attended several premieres of Shostakovich’s works, including the Violin Concerto No.2. There is a recorded telephone conversation between David Oistrakh and Dmitri Shostakovich in the public domain, where the author points out the most important details of the interpretation and even hums the Concerto No.2 finale. For me, this is still ›live history‹.

The Violin Concertos were written in 1948 and 1967 respectively and thus in two different phases of the composer’s life. In which way is this evident?

IVAN: The Violin Concerto No. 1 is focused on emotions; here the protagonist is full of energy and hope and there is an inner expansion. As for the Concerto No. 2, it has a different philosophy; its emotions seem to have been crystallized. Wisdom and the author’s ›outside‹ perspective prevail.

You have recorded this CD together with the Russian National Orchestra (RNO). What was the collaboration like?

IVAN: RNO is one of the worldwide trendsetters for interpreting Russian music. Mikhail Pletnev has established the stylistic traditions that are deeply rooted in the mentality of every musician of this group. We have performed with the Maestro on multiple occasions, including playing Dmitri Shostakovich’s concertos. Therefore, one can say that the moment for the record had come.

What were the circumstances surrounding the recording?

IVAN: Every detail matters, the format of studio audio recording is very specific. Expressive means interact with each other in a different way as opposed to a live concert performance. The same goal is achieved by different means. The Grand Hall of the Moscow Conservatory energizes you with its history, acoustics and majestic beauty. The composer himself listened to these pieces here and this only strengthens the link between past and presence.