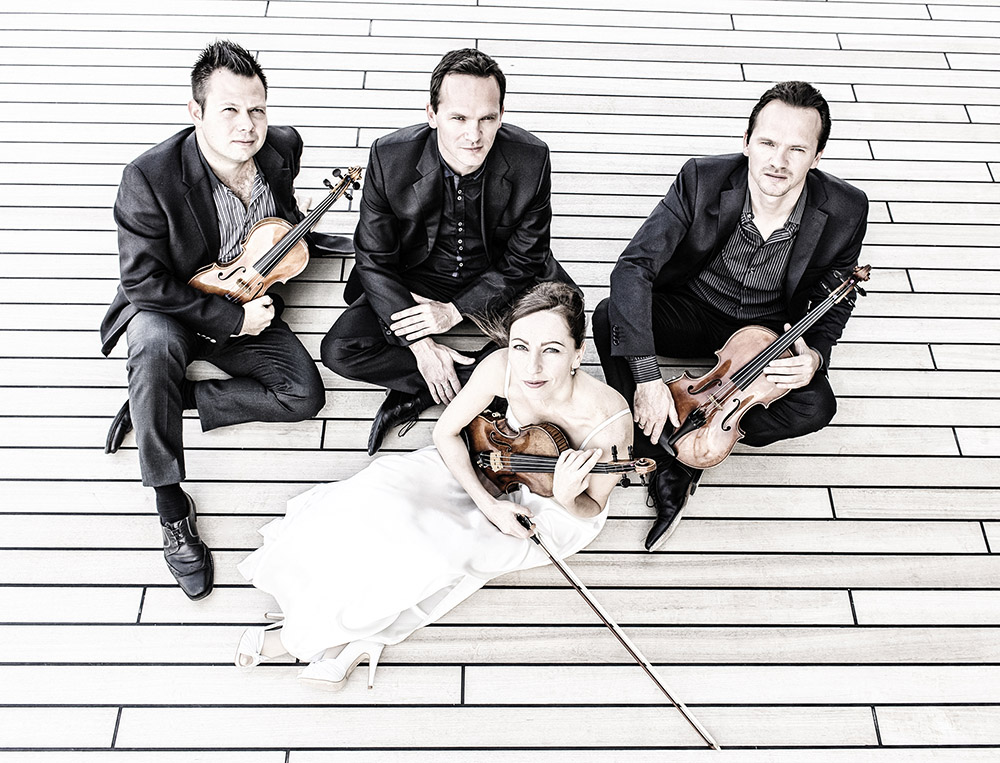 The casalQuartett is one of the most outstanding string ensembles of its generation. Founded in Zurich in 1996, the ensemble has grown out of the education of such distinguished ensembles as the Alban Berg and the Carmina Quartett, and within a short period of time established itself as one of the most prestigious string quartets in Switzerland with an international reputation. The ensemble has received important impulses through its collaboration with such renowned artists as Martha Argerich, Sol Gabetta, Christoph Prégardien, Khatia Buniatishvili, Fazıl Say or Regula Mühlemann. The quartet’s artistic achievements, which are documented on numerous recordings, have been honoured many times with prizes such as the ECHO Klassik, the Diapason d’Or, the ICMA or the German Record Critics’ Award.

In the year of Ludwig van Beethoven’s 250th birthday, the casalQuartett is honoring the jubilarian with a highly ambitious project: Beethoven’s World 1799 – 1851. The Revolutionist & his Rivals, five CDs that are dedicated to the venerable genre of the classical string quartet, tracing not only Beethoven’s development and achievements in this chamber format, but also broadening the view to both predecessors and contemporaries as well as Beethoven’s immanent impact on posterity.

In the broad presentation of this recording, the phenomenon of Beethoven and his significance in music history are on the one hand made comprehensible. On the other hand, the chronological concept allows the listener to trace the development of the string quartet genre from its beginnings to its romantic shape ‘after Beethoven’. Among the ten composers on Beethoven’s World are, in addition to the jubilarian, the genre’s pioneers Haydn and Boccherini, the individualist Donizetti or successors such as Mendelssohn and Schumann. Eminent works of the quartet literature from Beethoven’s various creative phases, Schubert’s ‘Death and the Maiden’ or the contributions of the Romantics stand side by side with rarities and three world premiere recordings by Adalbert Gyrowetz, Peter Hänsel and Carl Czerny.

Beethoven’s World is a chamber music panorama that is minutely illuminated. With this recording, the casalQuartett presents an exquisite homage not only to the art of Beethoven, but also an impressive portrait of his inspirers, rivals, contemporaries and musical successors.

The casalQuartett has made the tension field between tradition and innovation the driving force behind its work. Beyond its involvement with the core repertoire from the 17th century up to contemporary music, it resolutely advocates unknown works and their creators and is intensively engaged in making music on historical instruments.In addition, it is also repeatedly distinguished by unconventional concepts or projects with guest artists from music, acting, dance and literature.