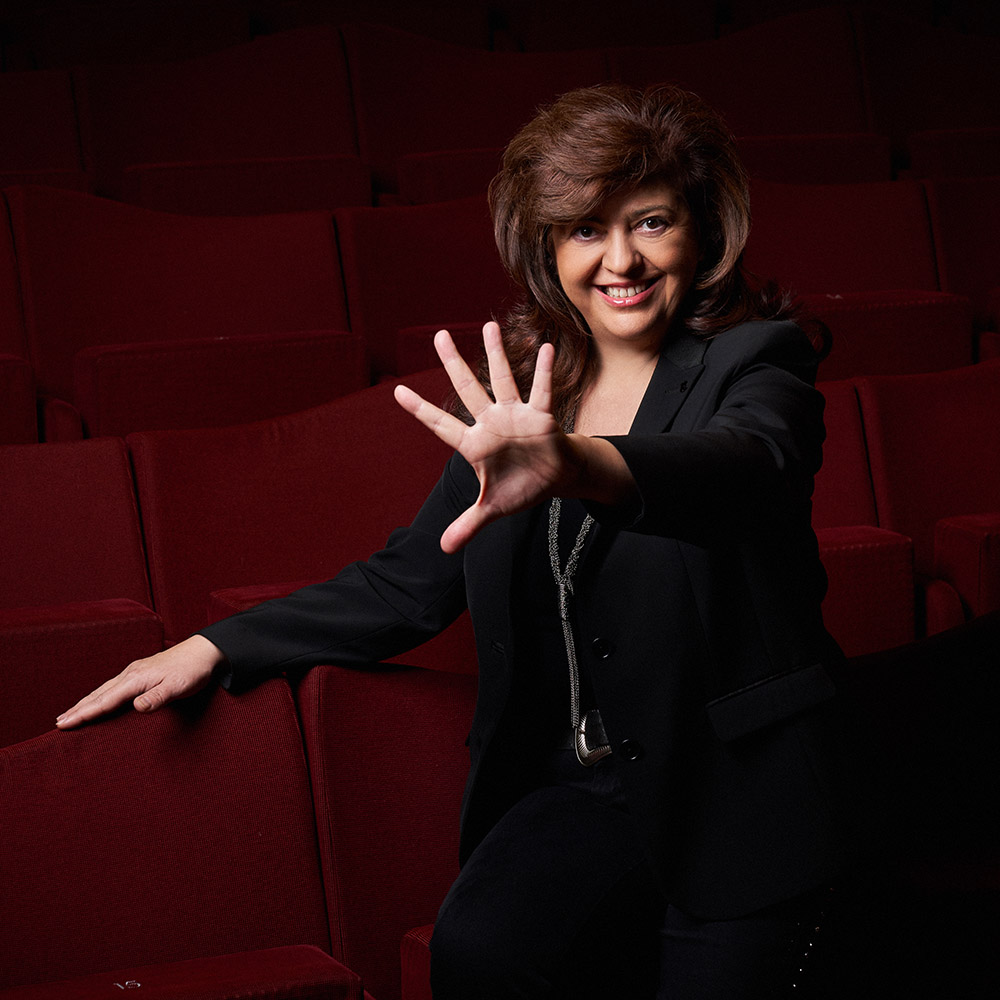 »The listener is expected to experience a sound world freed from restrictive conventions in which the poetic idea, rational construction and … fantasy go hand in hand«. (Piano News, 2016)

With CRYSTAL DREAM, Albena Petrovic for the first time offered a concentrated overview of her in terms of number and genres extensive oeuvre in 2016. In six piano works, together with interpreter Romain Nosbaum, she took the listener into her expressive-atmospheric world of sound – a “piano experience that won’t let go of for a long time – once you’ve got involved in this minimalistically breathing, emotionally rich world of expression.” (Klassik-Heute, 2016) Now THE VOYAGER (Solo Musica), the first album with vocal works by the Bulgarian-born composer from Luxembourg, is being released – strongly autobiographically inspired by the feelings of her own destiny, not least as an ‘expatriate’. In addition to Romain Nosbaum, who has already proved to be a congenial interpreter of Albena Petrovic’s music on CRYSTAL DREAM, soprano Véronique Nosbaum is responsible for the vocal part of the 13 ‘Melodies’ on this recording. THE VOYAGER contains original compositions and arrangements of her vocal work of the last eight years. The collection ranges from individual works to excerpts from the cycle Love Songs to parts from the opera The Dark, which was premiered with great success in 2016 in Luxembourg’s Bock casemates. As the title (and the eponymous number from The Dark) of the recording suggests, Albena Petrovic’s musical world derives its content and form from her own remarkable history: born in Sofia in 1965, she received a classical composition education at the national music academy ›Pancho Vladigerov‹, in which there was no room for avant-garde sounds. It was only in Luxembourg, where she went in 1995, that she came across a lively scene of New Music. Gradually the composer, pianist and teacher broadened her musical horizon and found her own way under the care of Claude Lenners. No less strong than the autobiographical moment is the female perspective that characterizes this recording. The opera about a contemporary Eurydice is just as much evidence of this as the works commissioned by the ‘Cid Fraen an Gender’, which are proclaimed as tributes to the Luxembourg women composers Lou Koster and Helen Buchholtz. This is both a very personal and haunting recording!